admin
welcome to breaking modern loneliness, an episodic podcast where each episode is a new open forum discussion on all things human relationships, mental health, and technology. we start with a specific topic, but usually break into whatever space feels natural. hosted by me, ari leff, who is singer/songwriter/producer lauv, and joined by various guests, friends, and professionals. we hope you enjoy each conversation as much as we enjoyed having them :)

this episode, i'm honored to be joined by Dr. Vivek Murthy. Dr. Vivek H. Murthy served as the 19th Surgeon General of the United States appointed by President Barack Obama. As the Vice Admiral of the US Public Health Service Commissioned Corps, he commanded a uniformed service of 6,600 public health officers globally. During his tenure, Dr. Murthy launched the TurnTheTide campaign, catalyzing a movement among health professionals to address the nation’s opioid crisis. He also issued the first Surgeon General’s Report on Alcohol, Drugs, and Health, calling for expanded access to prevention and treatment and for recognizing addiction as a chronic illness, not a character flaw. An internal medicine physician and entrepreneur. In 2017, Dr. Murthy focused his attention on chronic stress and isolation as prevalent problems that have profound implications for health, productivity, and happiness. He has co-founded a number of organizations: VISIONS, an HIV/AIDS education program in India; Swasthya, a community health partnership in rural India training women as health providers and educators; software company TrialNetworks; and Doctors for America.

Dr. Murthy received his bachelor’s degree from Harvard and his M.D. and M.B.A. degrees from Yale. He completed his internal medicine residency at Brigham and Women’s Hospital in Boston and later joined Harvard Medical School as faculty in internal medicine. His research focused on vaccine development and later on the participation of women and minorities in clinical trials. Dr. Murthy resides in Washington, D.C. with his wife Dr. Alice Chen and their two young children. This spring Dr. Murthy’s first book “Together- The Healing Power of Social Connection in a Sometimes Lonely World” was published by HarperCollins and made the New York Times Best Seller list. 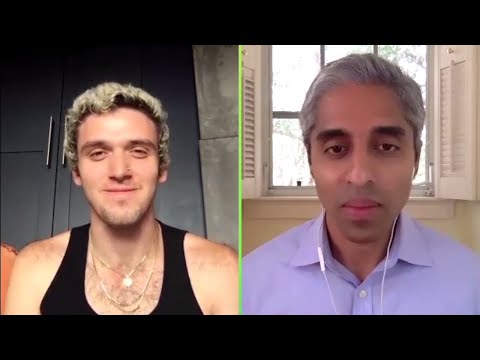 welcome to breaking modern loneliness, an episodic podcast where each episode is a new open forum discussion on all things human relationships, mental...